At what point to Democrats start to realize that they’re running out of things to tax?

Could today be a wake up call? Perhaps the fact that Mayor Pete, now Transportation Secretary, is honestly pitching the idea of a vehicle mileage tax that would increase the further one travels, might wake some people up to the idea that we’ve gone too far?

Buttigieg told CNBC Friday that the idea was on the table to help pay for President Biden’s upcoming infrastructure plans. “He spoke fondly of a mileage levy,” CNBC wrote.

Buttigieg said: “When you think about infrastructure, it’s a classic example of the kind of investment that has a return on that investment. That’s one of many reasons why we think this is so important. This is a jobs vision as much as it is an infrastructure vision, a climate vision and more.” 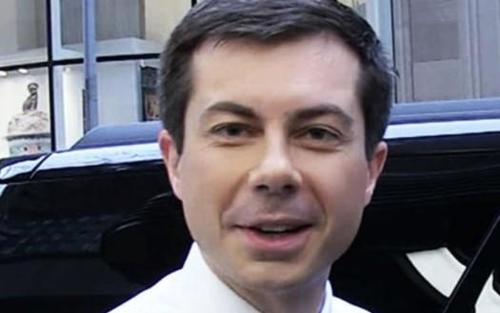 He continued: “A so-called vehicle-miles-traveled tax or mileage tax, whatever you want to call it, could be a way to do it.”

“I’m hearing a lot of appetite to make sure that there are sustainable funding streams. A mileage tax shows a lot of promise if we believe in that so-called user-pays principle: The idea that part of how we pay for roads is you pay based on how much you drive,” Buttigieg said. “You’re hearing a lot of ‘maybe’ here because all of these things need to be balanced and could be part of the mix.”

He’s also considering issuing “Build America Bonds” and says there’s “a lot of promise in terms of the way that we leverage that kind of financing. There have been ideas around things like a national infrastructure bank, too.”

He concluded: “There is near-universal recognition that a broader recovery will require a national commitment to fix and transform America’s infrastructure.”

Biden’s infrastructure proposals are expected to total $3 trillion to $4 trillion. Biden said last week that rebuilding the nation’s infrastructure was was critical to restore the economy and continue to compete with China.