The pages of the ongoing semi-chip crisis continue to turn.

Just days ago, we wrote an article that highlighted how Intel had pointed out the lack of semi chip production in the U.S., amidst estimates that the shortage could last well into 2022. Now, it looks as though Taiwan Semiconductor is going to try and address the issue by building “several more” chipmaking facilities in Arizona, beyond one it already has planned, according to Reuters.

In May of 2020 the company announced it was building one $12 billion factory and setting up a 12 inch wafer fabrication plant that is expected to open in 2024.

Now, three sources have told Reuters that the company is planning up to five additional fabs for the state. “It is not clear how much additional production capacity and investment the additional fabs might represent, and which chip manufacturing technology they would use,” the report notes. 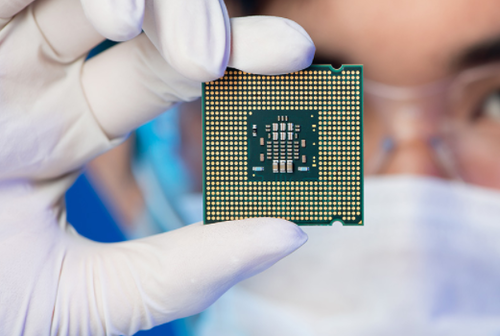 One source even said the “expansion was in response to a request from the U.S.”, telling Reuters: “The United States requested it. Internally TSMC is planning to build up to six fabs.” Another source said the company had already made sure there was enough space for expansion when buying the land for the first plant.

TSMC CEO C.C. Wei said on a call last month: “But in fact, we have acquired a large piece of land in Arizona to provide flexibility. So further expansion is possible, but we will ramp up to Phase 1 first, then based on the operation efficiency and cost economics and also the customers’ demand, to decide what the next steps we are going to do.”

This report gels with comments from Commerce Secretary Gina Raimondo this week, who called for a “major increase” in U.S. production capacity of semiconductors, according to Bloomberg.

On Tuesday, she commented: “Right now we make 0% of leading-edge chips in the United States. That’s a problem. We ought to be making 30%, because that matches our demand. So, we will promise to work hard every day, and in the short term also see if we can have more chips available so the automakers can reopen their factories.”

“In the process of building another half a dozen fabs in America, that’s thousands of Americans that get put to work,” Raimondo commented. The Bloomberg report also noted that the “Biden administration is in talks with Taiwan and Taiwan Semiconductor Manufacturing Co. to prioritize the needs of American automakers”.

Wait until the Biden administration finds out we don’t make anything anymore in the U.S. – it’s not just semi chips.

The chip crisis has hit the auto industry so hard that it has forced rental car companies – already under immense pressure from ride sharing companies – to buy up used cars at auction to fulfill their inventory needs, Bloomberg also noted this week.

Maryann Keller, an independent consultant who used to be on the board of Dollar Thrifty Automotive Group, commented: “You would never go into auction to buy routine sedans and SUVs. These are special circumstances. There is a shortage of cars.” We noted last month how these special circumstances have driven up the price of used cars.

Recall, Intel’s CEO, speaking on 60 Minutes Sunday night, said: “We have a couple of years until we catch up to this surging demand across every aspect of the business.”

He also noted that U.S. dominance in the industry has fallen so much that only 12% of the world’s semiconductor manufacturing is done in the U.S., down from 37% about 25 years ago.

“And anybody who looks at supply chain says, ‘That’s a problem’. This is a big, critical industry and we want more of it on American soil: the jobs that we want in America, the control of our long-term technology future,” he said.

Days prior, we wrote that Morgan Stanley had also suggested the shortage could continue “well into 2022”.

“Ford’s changed outlook was the first major profit warnings in auto since the worst of COVID,” the analysts wrote, calling the automaker’s report a “bit of a reality check” for investors who have been chasing momentum from OEMs.

Morgan Stanley’s report also took note of lack of manufacturing on U.S. soil, concluding with the realization that “on-shoring and diversification of geographic supply sourcing” should be thrust into focus.

Last week, Ford was the latest auto manufacturer to slash its expectations for full year production as a result of the shortage.

In early April, we wrote that U.S. exporters of semiconductor chipmaking tools were struggling to get licenses to sell to China. The U.S. government had been dragging its feet in approving licenses for companies to sell chipmaking equipment to Chinese semi company SMIC, we noted at the time.

Noah Didn't Yield To FOMO, Neither Should You