Major League Baseball has joined the woke backlash against a Georgia voting law which critics say ‘disenfranchises’ minorities through a series of measures designed to reduce election fraud. 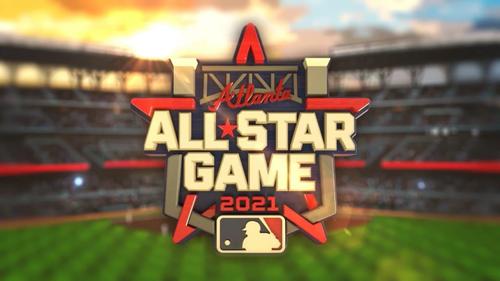 “Over the last week, we have engaged in thoughtful conversations with Clubs, former and current players, the Players Association, and The Players Alliance, among others, to listen to their views,” MLB commissioner Rob Manfred said in a statement, per ESPN. “I have decided that the best way to demonstrate our values as a sport is by relocating this year’s All-Star Game and MLB Draft.”

How much MLB merchandise is made in China — where literal slaves labor under a brutal communist dictatorship?

The league, essentially taking the hint from the White House, is based on a false narrative spread by the media – which was forced to issue corrections – when they misreported that the new voting law limits voting hours, when in fact it expands them.

And it wasn’t just national news outlets btw. Here was a correction in the Atlanta Journal-Constitution. The article was about how Tyler Perry (the director) thought the law was unconstitutional. pic.twitter.com/SIt0ccMPwR

And as Accuracy in Media‘s Ella Carroll-Smith notes:

Another common narrative surrounding the election law is that it is akin to old Jim Crow laws, but that’s hyperbolic and best and dangerous at worst. Yet news outlets including The Guardian, NBC News and Newsweek parroted these narratives without any sort of fact check or clarification.

Calling the new Georgia voter law the “new Jim Crow” or Biden’s preferred language “Jim Crow on steroids” is not only misleading, but it undermines the significance of just how terrible Jim Crow laws really were. Requiring citizens to provide a form of ID to request an absentee ballot is not the same thing as a racial caste system that relegated Black Americans to the status of second-class citizens.

People are required to provide ID in order to do all sorts of things in America. You must show ID to obtain a library card or fly on the plane, which makes Delta’s criticism of the bill somewhat ironic. Interestingly, CNN is also headquartered in Atlanta, but it remains to be seen whether activists will call to boycott them in protest.

Earlier this week, 72 black executives were joined by the likes of Google, Apple, JPMorgan, Citigroup, BlackRock, Home Depot, Delta Airlines, Coca-Cola and others in opposing Georgia’s new voting law –  which they say will disproportionately impact black communities. Many of these virtue-signaling corporations were silent when the law was being considered or before Governor Brian Kemp (R) signed it into law on March 25, only to succumb to a Democrat-led pressure campaign against state GOP leaders.

“In fact, economic growth is driving much of the political progress we have seen here. Georgia welcomes the world’s business. Corporations disgusted like we are with the disgraceful Voter Suppression bill should stop any financial support to Georgia’s Republican Party, which is abusing its power to make it harder for Americans to vote,” he added.

And of course, sometimes there are unintended (?) consequences to unchecked wokeism. As PJ Media drives home:

The city of Atlanta would be a loser by moving the game. The people of Georgia would be losers. The only winners are those who want the game moved to prove a political point, no more.

How much MLB merchandise is made in China — where literal slaves labor under a brutal communist dictatorship?

More Hits to Your Bottom Line - Theft is Coming