Middle-Aged Millennials Succumb To The American Dream: Taking On Debt And Buying A House

The stereotype of the typical millennial renter living at home in mom’s basement may turn out to be not entirely accurate.

While we’re sure there is still a fair share of stereotypical millennials, there’s also many – some of whom are getting close to turning 40 – who are middle aged homeowners, looking to pay down debt and improve their financial situation by contributing to their retirement.

A new CNBC survey revealed that despite millennials constantly being painted as renters, many are actually now homeowners. The data comes as a result of a survey that polled 1,000 U.S. adults ages 33 to 40. 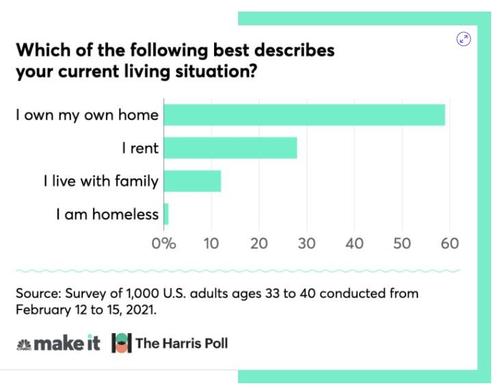 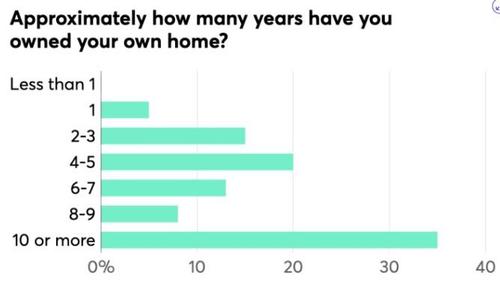 And despite this data, homeownership wasn’t always easy. About 10% of millennials reported taking loans from retirement accounts. 20% of millennials said they used a credit card to help with home purchase and/or closing costs. “When it comes to achieving homeownership, older millennials were just scrappy and very resourceful,” Harris Poll CEO John Gerzema told CNBC.

About 28% of millennials still rent and about 12% are living with parents or family members, the survey revealed. 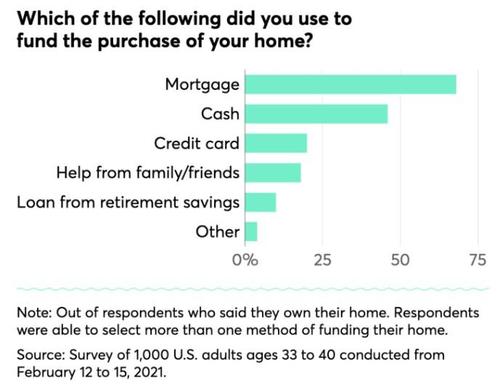 About 17% of millennials say that loans of debt present a barrier to them owning a home. Jung Hyun Choi, a senior research associate with the Housing Finance Policy Center at the Urban Institute commented: “With higher debt, it became more difficult for millennials to save.”

Additionally, lower savings rates – being attributed to a poor job market during 2007/2008 – have held many back from buying homes. “At that time, the unemployment rate was significantly high, so it meant that a lot of them faced difficulty finding jobs,” Choi continued. 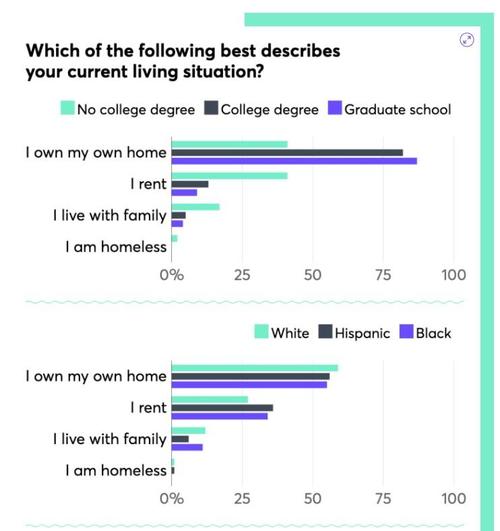 St. Louis Federal Reserve economist Bill Emmons also said that Dodd-Frank was making it harder to get a mortgage: “The underwriting process for mortgage lending changed a lot from the pre- to the post-bubble period — and it would be groups like young people who would be most affected by that.” 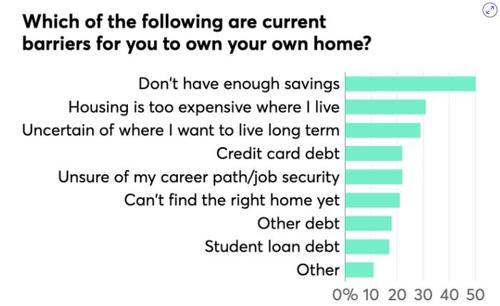 Despite Covid presenting a tailwind for many who were considering buying a home, only about 5% of older millennials bought a home over the past year, the survey revealed. The lack of a home can negatively affect people’s financial stability going forward, Choi said. “Having a home does not just give you an opportunity to access wealth and build wealth, but it also gives you more stability.”

And Emmons thinks a small “delay” from Covid that pushes home ownership back for millennials isn’t all that bad: “If it’s just a little bit of a delay, then maybe it’s not such a problem. Particularly if people are living longer, if they’re working longer or staying healthy longer, perhaps it’s not necessarily all bad.” 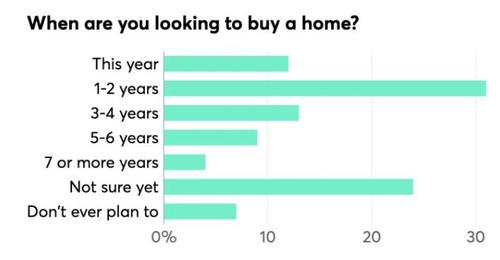 Caught Between A "Roaring '20s" Rock & A "Liquidity Crisis" Hard-Place